RTL 102.5 is a private Italian national FM radio station. Born in the 80s with the idea of isofrequency, which allows the station to be heard throughout the country on the frequency 102.5, thus taking the first step to become the network of reference in the world of Italian radio. The radio uses the hit radio format, a format that provides, as regards the music programming, only and exclusively the airing of big hits, both Italian and foreign. The schedule is also made of entertainment and information, always live 24 hours a day for 365 days a year in which about 45 speakers alternate on the air from the offices of Milan and Rome.

‍
RTL 102.5 was also the first private Italian radio station to have its own editorial office, which for almost 25 years has been providing an accurate and impartial information service: every hour an update of the latest news, in-depth analysis, interviews, and also a constant monitoring of the traffic situation, being an official partner of Autostrade per l'Italia. A team of over 50 people including journalists, correspondents and collaborators. Great attention is also paid to the most important sporting events, news, current affairs and especially music: RTL 102.5 is in fact a partner of the biggest Italian tours and not only, often following the great evenings of music live and in radiovision.

‍
Today RTL 102.5 reaches almost 8 million listeners in the average day and is the most listened to radio in Italy with the format of Radiovision: a unique project in the Italian radio scene, which for the first time allows simultaneously to listen to RTL 102.5 in FM and DAB, to listen and watch it on Sky channel 750 and on 36 of DTT, on the web and on all smartphones and tablets. RTL 102.5 is also interactive, allowing all listeners to intervene through phone, SMS, internet, Facebook, Twitter and Instagram from all over the world.

The Radio has two locations in Milan and Rome that communicate with each other through a 34 Mbit/s SDH connection, while the internet connection (navigation, web services) is based on a 40 Mbit/s CDN.

RTL 102.5 is one of the first radio stations in Italy to broadcast not only in FM but also with DAB technology. In addition to broadcasting on DAB, RTL 102.5 offers its listeners a free Traffic Message Channel (TMC) service, integrated into the FM radio channel, used for real-time transmission of information on traffic and weather conditions. The information is communicated to the driver through a display or a synthesized voice in the user's preferred language.

The reputable Radio station wanted to replace it's existing Wi-Fi network, with a new seamless network, which has a centralised management to simplify all the configuration and maintenance operations of the network itself. The need was to find an optimal solution for a reasonable investment, after some careful evaluations the Radio has decided to opt for the EnGenius solution. The proposal was absolutely in line with their expectations for: ease of use, integration with the infrastructure, performance and economic offer reflected their needs.

Currently, 24 Access Points model EWS357AP and 5 Switches model EWS5912FP have been installed in the main office in Cologno Monzese, and will soon be implemented also in the office in Rome.

The Radio has opted for the EnSky solution by EnGenius, the on-premise solution with management through EzMaster on a virtual machine. This application has allowed to optimize the quality of coverage and management of WiFi infrastructure through power regulation, wireless roaming management of individual access points.

Both employees and guests have access to a dedicated and secure network with the highest level of efficiency, coverage, performance and reliability.

The balance of the installation is positive since both expectations and needs have been met and since the product turned out to be as it was described in the presentation phase: in other words, able to return the best results. 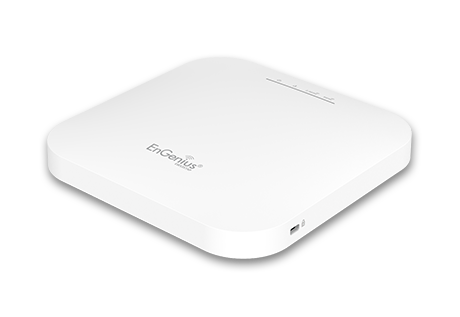 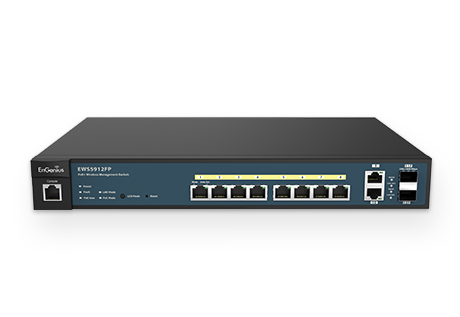